Alterations in Sleep EEG Synchrony in Combat-Exposed Veterans With PTSD.

The researchers assessed whether the synchrony between brain regions, analysed using electroencephalography (EEG) signals recorded during sleep, is altered in subjects with post-traumatic stress disorder (PTSD) and whether the results are reproducible across consecutive nights and sub-populations of the study.

These trends were preserved in the replication set.

Importantly, these trends were reproducible across consecutive nights and sub-populations. Thus, these alterations in alpha synchrony may be discriminatory of PTSD.

Let There Be Light (1946) – known to the US Army as PMF 5019 – is a documentary film directed by American filmmaker John Huston.

Intended to educate the public about posttraumatic stress disorder and its treatment among returning veterans, the film’s unscripted presentation of mental disability led to Let There Be Light being suppressed by the US government; it was not released until the 1980’s.

It is featured in the docuseries “Five Came Back“.

As the US Army was demobilising near the end of World War II it had the task of reintegrating returning military veterans back into peacetime society.

An obstacle veterans faced was the stigma surrounding “shell shock” or “psychoneurosis”, the old terms for posttraumatic stress disorder.

To convince the public, and especially employers, that veterans being treated for battle-induced mental instability were completely normal after psychiatric treatment, on 25 June 1945, the Army Signal Corps tasked Major John Huston with producing the documentary The Returning Psychoneurotics.

Huston visited multiple Army hospitals on the East and West Coasts before deciding upon Mason General Hospital on Brentwood, Long Island. The reasons being that Mason General was the biggest mental health facility on the East Coast, the hospital was located near the Army motion picture production center at Astoria Studio in Queens, New York, and the doctors were very open and receptive to the filming and any psychiatric questions he had.

The new title that Huston gave the film, Let There Be Light, was a reference to Genesis 1:3 of the King James Version of the Bible. This was an allusion to the documentary revealing truths that were previously concealed as too frightening or shameful for acknowledgement.

The film begins with an introduction, stating that 20% of wartime casualties are of a psychiatric nature.

Veterans are transported from a medical ship to Mason General Hospital to be treated for mental conditions brought about by war.

A group of seventy-five US service members – recent combat veterans suffering from various “nervous conditions” including psychoneurosis, battle neurosis, conversion disorder, amnesia, severe stammering, and anxiety states – arrive at the facility. They are brought into a room and told by an admissions officer to not be alarmed by the cameras, which will make a photographic record of their progress.

Next are scenes of interviews between a doctor and some of the patients about their problems and circumstances leading to that point. Afterwards, various treatment methods are employed to cure them.

Treatments depicted include narcosynthesis, hypnosis, group psychotherapy, music therapy, and work therapy. One soldier who had amnesia was hypnotised to remember the trauma of the Japanese bombings on Okinawa and his life before then. Another is given an intravenous injection of sodium amytal to induce a hypnotic state, curing him of his mental inability to walk.

The treatments are followed by classes (designed to reintegrate patients into civilian life) and group therapy sessions. Therapists make a point of reassuring the patients that there is nothing to be ashamed of for receiving treatment for their mental conditions, and that civilians subjected to the same stresses would develop the same conditions.

At this point the documentary shifts the tone to a sense of normalcy, with the soldiers performing regular activities and complaining about everyday problems.

The film ends with a number of the featured patients participating in a ceremony in which they are discharged, not just from the hospital, but from military service, and returned to civilian life. 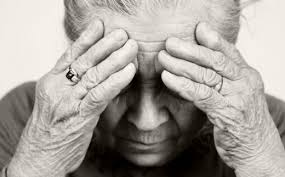 Do different types of war stressors have independent relations with mental health? Findings from the Korean Vietnam Veterans Study.

South Korea had the second largest contingent of soldiers in the Vietnam War, but little is known about their adaptation, especially in later life.

Using hierarchical regressions controlling for demographics, the researchers examined the relative contributions of different types of war stressors and then the protective factors.

In the final models, malevolent environments were the strongest predictor for all three outcomes.

Among psychosocial factors, only optimism was negatively associated with the mental health outcomes.

KVVs had very high rates of combat exposure, but malevolent environments played a more important role in their mental health in later life.

These findings suggest the importance of considering adverse environmental factors in understanding PTSD in future studies.

Sleep disturbances are core symptoms of post-traumatic stress disorder (PTSD), but reliable sleep markers of PTSD have yet to be identified.

The present study tested whether sleep spindles are altered in individuals with PTSD and whether the findings are reproducible across nights and sub-samples of the study.

The first finding was preserved in the replication analysis.

The researchers found no significant group differences in the amplitude, duration, or density of slow or fast spindles.

The findings, if independently validated, may assist in the development of sleep-focused PTSD diagnostics and interventions.