Through a toll-free telephone number, it operates The Trevor Lifeline, a confidential service that offers trained counsellors. The stated goals of the project are to provide crisis intervention and suicide prevention services for the aforementioned youths (defined by the organisation as people under 25), as well as to offer guidance and resources to parents and educators in order to foster safe, accepting, and inclusive environments for all youth, at home and at school.

The project was founded in 1998 in West Hollywood, California, by Celeste Lecesne, Peggy Rajski, and Randy Stone. They are the creators of the 1994 Academy Award-winning short film Trevor, a dramedy about Trevor, a gay thirteen-year-old boy who, when rejected by friends because of his sexuality, makes an attempt to take his life. When the film was scheduled to air on HBO television in 1998, the filmmakers realised that some of the programme’s young viewers might be facing the same kind of crisis as Trevor, and began to search for a support line to be broadcast during the airing. They discovered that no such helpline existed, and decided to dedicate themselves to forming the resource: an organisation to promote acceptance of LGBTQ youth, and to aid in crisis and suicide prevention among that group.

The Trevor Lifeline was established with seed funds provided by The Colin Higgins Foundation and HBO’s license fee. As a result, it became the first nationwide, around-the-clock crisis and suicide prevention helpline for LGBTQ youth. The project also provides online support to young people through the project’s website, as well as guidance and resources to educators and parents.

In November 2009, the project was contracted by the Tulare County Suicide Prevention Task Force, located in Tulare County, California. With this agreement, the project received public funds for the first time. In June 2009, seven Tulare County volunteers completed The Trevor Project Lifeguard Workshop Facilitator training. Lifeguard workshops have been done in schools in Tulare County municipalities, including Dinuba, Lindsay, Porterville and Visalia, as well as in Hanford in adjacent Kings County.

The Trevor Lifeline is the only nationwide, around-the-clock crisis and suicide prevention helpline for LGBTQ youth in the United States. The lifeline is a free and confidential service from counsellors trained to listen without judging, and can refer callers to supportive local organisations and groups; this information is also available on the project’s website. The number for the line in the United States is 1-866-488-7386.

TrevorText is a confidential text messaging service provided by The Trevor Project 24 hours a day 7 days a week.

TrevorChat is a free, confidential, live and secure online messaging service provided by The Trevor Project 24 hours a day 7 days a week.

TrevorSpace is an online social networking community for LGBTQ+ youth ages 13 through 24, along with their friends and allies. Youth can create personal profiles, which are verified by the administrators before they are allowed to interact with other profiles, and connect with other young people internationally, as well as find resources within their communities. TrevorSpace is commonly used to receive or give advice and make friends who have shared similar experiences as the user. TrevorSpace is carefully monitored by administrators designated by the project to ensure all content is age-appropriate, youth-friendly and factual. Members over the age of 18 cannot privately message members under the age of 18. TrevorSpace links members to The Trevor Project’s home page, where information about The Trevor Lifeline, “Dear Trevor,” and other resources are available. The software used to create TrevorSpace was donated to the project by Tim Gill, an American software entrepreneur and philanthropist.

Through the Palette Fund Internship Programme, the project provides for five internships in both its Los Angeles and New York City offices. Interns are placed among the programme, communication, and development departments. The programme provides an opportunity for young people to learn about working in the non-profit sector. Palette Fund internships are specifically designed to introduce young leaders to the LGBTQ movement.

The Youth Advisory Council serves as a liaison between youth nationwide and the project on issues surrounding suicide, sexuality and gender identity. The council submits recommendations to the project in an effort to increase project visibility and best serve the LGBTQ youth population.

The project’s Lifeguard Workshop Programme uses a structured, age-appropriate curriculum to address topics around sexuality, gender identity, the impacts of language and behaviour, and what it means for young people to feel different. The programme also teaches young people to recognise depression and suicide amongst their peers, the impacts of language and behaviour on LGBTQ youth, and suicide prevention skills in schools.

On 10 February 2014, YouTube personality Tyler Oakley started a fundraiser to collect $150,000 for the Trevor Project. Oakley set the deadline for the money to be collected by the time of his birthday, 22 March, but the goal was reached after only six days. Oakley later extended the fundraiser and more than $462,000 had been raised as of 29 March. On 31 March the fundraiser ended, with a total of $525,754 raised.

The Trevor Project uses annual events to honour individuals and businesses that have been leaders in supporting LGBT rights and advocated against bullying and hate crimes. In 1998, it held the first Cracked Xmas fundraiser in Los Angeles, changing its name to TrevorLIVE Los Angeles in 2010. In 2001, a New York City-based annual event was added, using entertainers to raise financial resources for the organisation. This NYC-based event has had three names, beginning as “A Very Funny Whatever”, changing to TrevorNY in 2007 and then to TrevorLIVE New York in 2011. In the 2018 financial year (August 2017 to July 2018), these special events raised over $3,030,000.

A variety of awards have been given over time and not all awards are given each year. 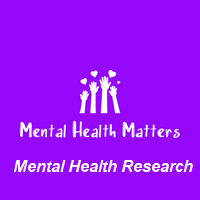 The aim of this study was to use a probability sample to study change in mental health inequalities between two survey points, 7 years apart; the contribution of minority stress; and whether associations vary by age, gender, childhood sexual abuse, and religious identification.

Inequalities in risks of CMD or substance misuse were unchanged between 2007 and 2014. Compared to heterosexuals, bisexual, and lesbian/gay people were more likely to have CMD, particularly bisexual people [adjusted odds ratio (AOR) = 2.86; 95% CI 1.83-4.46], and to report alcohol misuse and illicit drug use. When adjusted for bullying, odds of CMD remained elevated only for bisexual people (AOR = 3.21; 95% CI 1.64-6.30), whilst odds of alcohol and drug misuse were unchanged. When adjusted for discrimination, odds of CMD and alcohol misuse remained elevated only for bisexual people (AOR = 2.91; 95% CI 1.80-4.72; and AOR = 1.63; 95% CI 1.03-2.57 respectively), whilst odds of illicit drug use remained unchanged. There were no interactions with age, gender, childhood sexual abuse, or religious identification.

Mental health inequalities in non-heterosexuals have not narrowed, despite increasing societal acceptance. Bullying and discrimination may help explain the elevated rate of CMD in lesbian women and gay men but not in bisexual people.

All the answers clinicians need to work effectively with LGBTQ clients.

A therapist who treats LGBTQ clients often must be more than “gay friendly.” Clinical experience, scientific research, and cultural understanding are advancing rapidly, and the task of being LGBTQ informed is ever-changing in today’s world.

This book covers topics such as how to avoid making the common mistake of believing that “a couple is a couple,” thus treating LGBTQ couples the same as their heterosexual counterparts; how to treat clients struggling in “mixed” orientation marriages and relationships (straight and LGBTQ spouses in the same couple); and how to work with all clients who have non-heteronormative sexual behaviours and practices. Perhaps most importantly, the book discusses covert cultural sexual abuse (the trauma suffered from having to suppress one’s own sexual and gender identity) as well as the difficult process of coming out to family and friends.

A therapist’s job is to help clients and their identities through their own lens and not anyone else’s – especially the therapist’s. The gay affirmative principles put forward in this book will help you build a stronger relationship with your LGBTQ clients and become the go-to therapist in your area.

This cutting-edge guide spotlights some of the most exciting emerging discoveries, trends, and research areas in LGBT psychology, both in science and therapy.

LGBT Psychology and Mental Health: Emerging Research and Advances brings together concise, substantive reviews of what is new or on the horizon in science and in key areas of clinical practice. It will equip professionals at institutions with mental health programmes that deal with lesbian, gay, bisexual and transgender issues with information and insight to help psychologists, mental health clinicians, and counsellors better serve the LGBT populations that, increasingly, are seeking their services.

Chapters are also dedicated to examining contemporary, LGBT-affirmative psychoanalysis and treating addictions and substance abuse in the LGBT community. The book concludes with chapters that address how the concept of intersectionality can serve as a way to better understand LGBT members who possess multiple cultural identities and the unique stressors they experience in daily life. The final chapter summarises issues that bridge the contributions provided by the authors, and it highlights current issues of focal concern in order to project future directions for the field of LGBT psychology in the next two decades.

It presents a concise history of LGBT psychology as well as coverage of current LGBT psychology in various subfields, including social, developmental, psychoanalytical, minority psychology, and women’s psychology Addresses issues in the LGBT community ranging from health disparities (physical, biological, and psychological illnesses that disproportionately affect the LGBT community) to addictions and substance abuse, stressors, and emerging policy issues Includes contributors who are well-known trailblazers and noted experts in the field

What shapes our sexuality? Is it a product of our genes, or of society, culture, and politics? How have concepts of sexuality and sexual norms changed over time? How have feminist theories, religion, and HIV/AIDS affected our attitudes to sex?

Focusing on the social, political, and psychological aspects of sexuality, this Very Short Introduction examines these questions and many more, exploring what shapes our sexuality, and how our attitudes to sex have in turn shaped the wider world. Revealing how our assumptions about what is ‘normal’ in sexuality have, in reality, varied widely across time and place, this book tackles the major topics and controversies that still confront us when issues of sex and sexuality are discussed: from sex education, HIV\AIDS, and eugenics, to religious doctrine, gay rights, and feminism.