The Mental Health Foundation is a UK charity, whose mission is “to help people to thrive through understanding, protecting, and sustaining their mental health.”

Refer to Foundation for People with Learning Disabilities.

The Mental Health Foundation was founded in 1940 as the Mental Health Research Fund. It was founded by Derek Richter, a neurochemist and director of research at Whitchurch Hospital. Richter enlisted the help of stockbroker Ian Henderson, who became the chair, while Victoria Cross recipient Geoffrey Vickers became chair of the research committee.

In 1972, the Mental Health Foundation took its current name, shifting its “focus away from laboratory research and towards working directly with—and learning from—people [who] experience mental health problems.”

The Foundation has also focussed on “overlooked and under-researched areas,” including personality disorders and issues affecting various ethnic groups. In 1999, the Foundation took their work with learning disabilities forwards, creating the Foundation for People with Learning Disabilities.

Mental Health Awareness Week was first held in 2001, and became one of the biggest mental health awareness events in the world.

The green ribbon is the “international symbol for mental health awareness.”

The movement uses the hashtag #PinItForMentalHealth.

The Foundation’s total income for the financial year ending 31 March 2018 was £5.8m, with sources including donations (individual and corporate), legacies and grants.

The Foundation is an incorporated UK charity headed by a board of 12 trustees. Keith Leslie was appointed Chairman of the board of trustees in 2014.

The president of the Foundation is Dinesh Bhugra and the patron is Princess Alexandra. 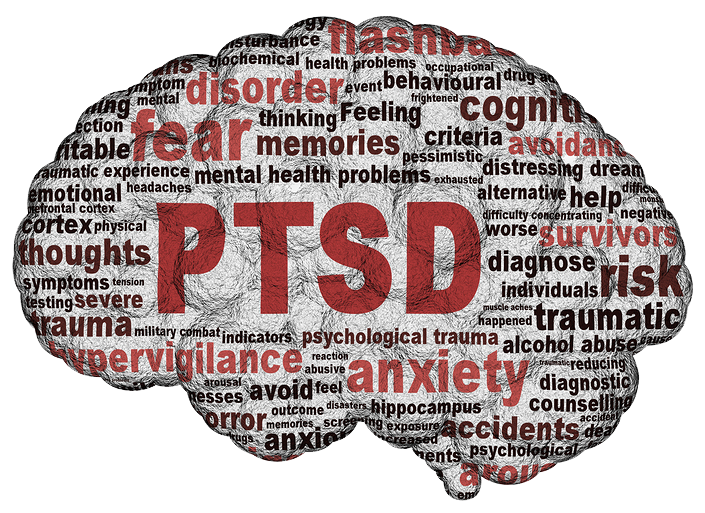 It is acknowledged annually on the 27th of June. The US Senate officially designated this day in 2010. In 2014 the Senate designated the whole month of June as PTSD Awareness Month.

This year, Loneliness Awareness Week will take place from 14 to 18 June.

Hosted by the Marmalade Trust, it is a campaign that raises awareness of loneliness and gets people talking about it.

Find out more here and how you can get involved.

In 2020 the campaign reached around 271.5 million people – all without leaving our homes. The campaign saw almost 20,000 charities, organisations, companies and individuals get involved online.

Mental Health Awareness Week takes place on 10-16 May 2021 and this year’s theme is nature.

What is Mental Health Awareness Week and why does it matter?

Mental Health Awareness Week is an annual event when there is an opportunity for the whole of the UK to focus on achieving good mental health.

The Mental Health Foundation started the event 21 years ago, and each year the Foundation continues to set the theme, organise and host the Week. The event has grown to become one of the biggest awareness weeks across the UK and globally.

Mental Health Awareness Week is open to everyone. It is all about starting conversations about mental health and the things in our daily lives that can affect it. This year we want as many people as possible - individuals, communities and governments - to think about connecting with nature and how nature can improve our mental health.

However, the Week is also a chance to talk about any aspect of mental health that people want to – regardless of the theme.

World Autism Awareness Day is an internationally recognised day on 02 April every year, encouraging Member States of the United Nations (UN) to take measures to raise awareness about people with autistic spectrum disorders including autism and Asperger syndrome throughout the world.

It was designated by the UN General Assembly resolution (A/RES/62/139).

World Autism Awareness Day”, passed in council on 01 November 2007, and adopted on 18 December 2007. It was proposed by the UN representative from Qatar, Her Highness Sheikha Mozah Bint Nasser Al-Missned, Consort of His Highness Sheikh Hamad Bin Khalifa Al-Thani, the Emir of the State of Qatar, and supported by all member states.

This resolution was passed and adopted without a vote in the UN General Assembly, mainly as a supplement to previous UN initiatives to improve human rights.

World Autism Day is one of only seven official health-specific UN Days. The day itself brings individual autism organisations together all around the world to aid in things like research, diagnoses, treatment, and acceptance for those with a developmental path affected by autism.

For the past years, each World Autism Awareness Day has focused on a specific theme determined by the UN:

In 2014, WAAD coincided with Onesie Wednesday, a day created by the National Autistic Society to encourage people in England, Wales and Northern Ireland to show their support for anyone on the autistic spectrum. By wearing a onesie or pyjamas, participants are saying, “it’s all right to be different”.

In a 2015 Presidential Proclamation, President Obama highlighted some of the initiatives that the US government was taking to bring rights to those with autism and to bring awareness to the disorder. He highlighted things like The Affordable Care Act, which prohibits health insurance companies from denying coverage based on a pre-existing condition such as autism. He also pointed out the recent Autism CARES Act of 2014, which provides higher level training for those who are serving citizens on the autism spectrum.

A Beginner’s Guide to Being Mental: An A-Z.

‘Am I normal?’
‘What’s an anxiety disorder?’
‘Does therapy work?’

These are just a few of the questions Natasha Devon is asked as she travels the UK campaigning for better mental health awareness and provision. Here, Natasha calls upon experts in the fields of psychology, neuroscience and anthropology to debunk and demystify the full spectrum of mental health. From A (Anxiety) to Z (Zero F**ks Given – or the art of having high self-esteem) via everything from body image and gender to differentiating ‘sadness’ from ‘depression’.

Statistically, one in three of us will experience symptoms of a mental illness during our lifetimes. Yet all of us have a brain, and so we ALL have mental health – regardless of age, sexuality, race or background. The past few years have seen an explosion in awareness, yet it seems there is still widespread confusion. A Beginner’s Guide to Being Mental is for anyone who wants to have this essential conversation, written as only Natasha – with her combination of expertise, personal experience and humour – knows how.

National PTSD Awareness Day is a day dedicated to creating awareness regarding PTSD (Post Traumatic Stress Disorder). It is acknowledged annually on the 27th of June. The US Senate officially designated this day in 2010. In 2014 the Senate designated the whole month of June as PTSD Awareness Month.

You can find out more about raising PTSD awareness from the US Department of Veterans Affair’s National Centre for PTSD and PTSDUK.