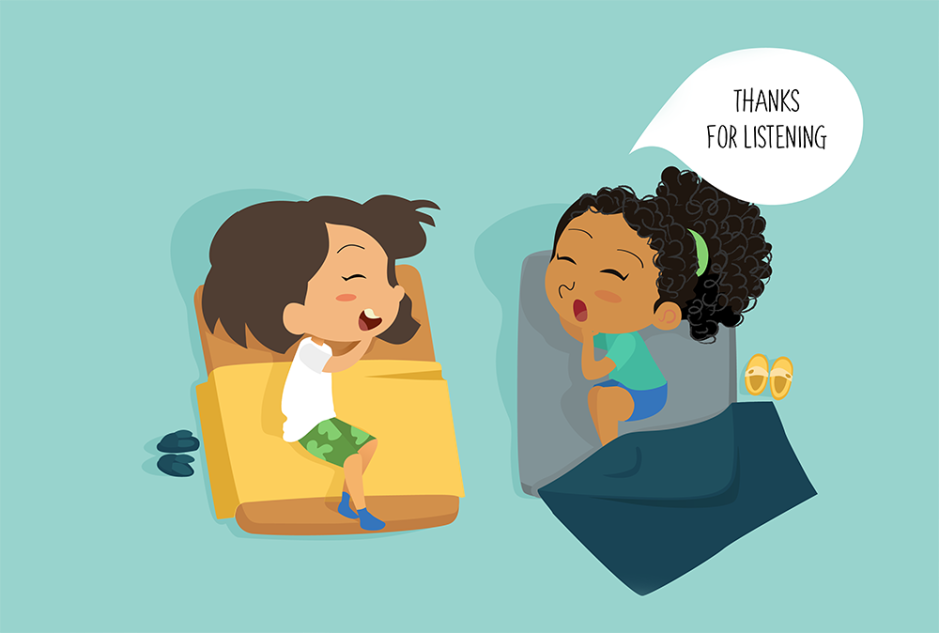 For interventions (to at least be perceived) to be effective in the treatment of mental health conditions, from the perspective of the service user, there are a range of components that one must understand and appreciate.

The above should be provided with the following three principles in mind:

Finally, remember that the way in which services and treatment are delivered, is considered by many service users, to be more important than the type of treatment provided. 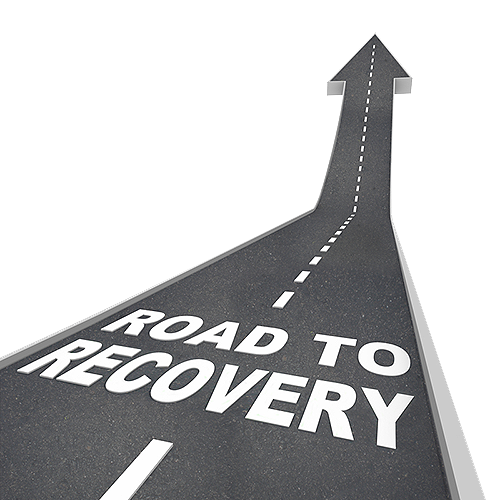 What Constitutes Effective Problematic Substance Use Treatment From the Perspective of People Who Are Homeless? A Systematic Review and Meta-Ethnography.

Previous qualitative research has explored perceptions of effective treatment by people who are homeless, but these individual studies need to be synthesised to generate further practice-relevant insights from the perspective of this group.

Concepts identified were compared to determine similarities and differences between studies. Findings were translated (reciprocally and refutationally) across studies, enabling development of an original over-arching line-of-argument and conceptual model.

Twenty-three papers published since 2002 in three countries, involving 462 participants, were synthesised. Findings broadly related, through personal descriptions of, and views on, the particular intervention components considered effective to people experiencing homelessness. Participants of all types of interventions had a preference for harm reduction-oriented services.

Participants considered treatment effective when it provided a facilitative service environment; compassionate and non-judgemental support; time; choices; and opportunities to (re)learn how to live. Interventions that were of longer duration and offered stability to service users were valued, especially by women.

From the line-of-argument synthesis, a new model was developed highlighting critical components of effective substance use treatment from the service user’s perspective, including a service context of good relationships, with person-centred care and an understanding of the complexity of people’s lives.

The way in which services and treatment are delivered is more important than the type of treatment provided. Substance use interventions should address these components, including prioritising good relationships between staff and those using services, person-centred approaches, and a genuine understanding of individuals’ complex lives. 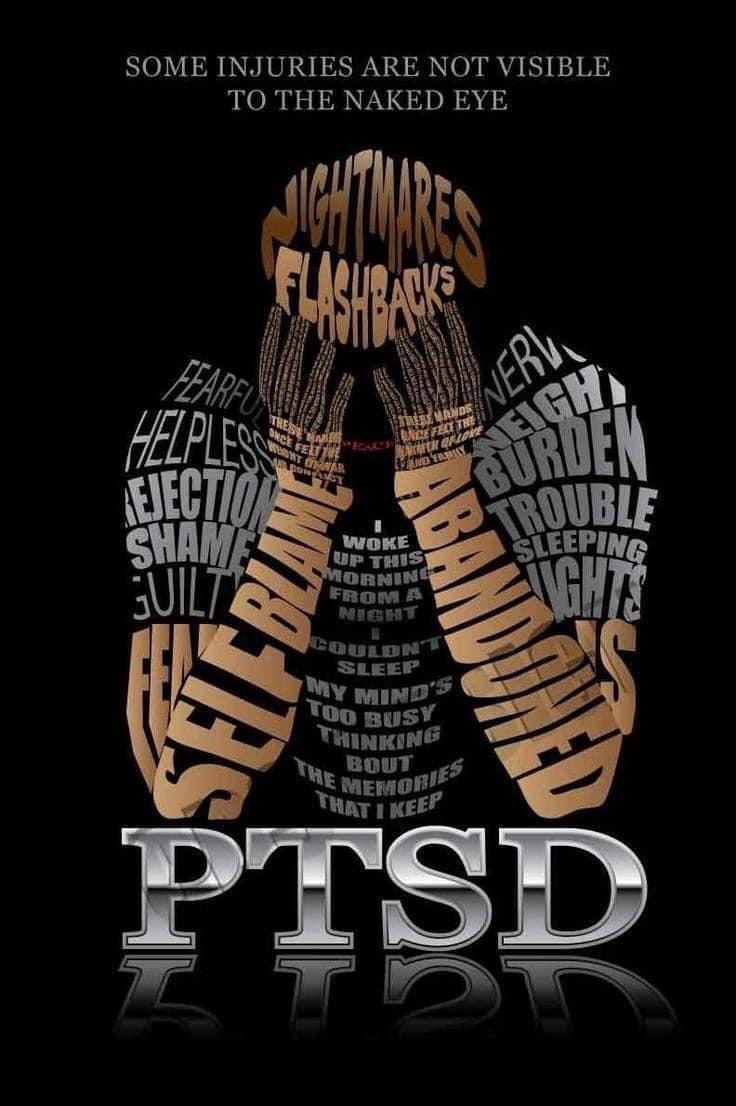 Understanding How Clinicians Use a New Web-based Tool for Disseminating Evidence-Based Practices for the Treatment of PTSD: The PTSD Clinicians Exchange.

Web-based interventions hold great promise for the dissemination of best practices to clinicians, and investment in these resources has grown exponentially. Yet, little research exists to understand their impact on intended objectives.

The Post-Traumatic Stress Disorder (PTSD) Clinicians Exchange is a website to support clinicians treating veterans and active duty military personnel with PTSD, evaluated in a randomised controlled trial (N = 605). This manuscript explores how a subset of clinicians, those who utilised the intervention (N = 148), engaged with it by examining detailed individual-level web analytics and qualitative feedback. Stanford University and New England Research Institutes Institutional Review Boards approved this study.

Only 32.7% of clinicians randomised to the intervention ever accessed the website. The number of pages viewed was positively associated with changes from baseline to 12 months in familiarity (P = 0.03) and perceived benefit of practices (P = 0.02). Thus, engagement with the website did predict an improvement in practice familiarity and benefit outcomes despite low rates of use.

This study demonstrates the importance of methodologically rigorous evaluations of participant engagement with web-based interventions.

These approaches provide insight into who accesses these tools, when, how, and with what results, which can be translated into their strategic design, evaluation, and dissemination. 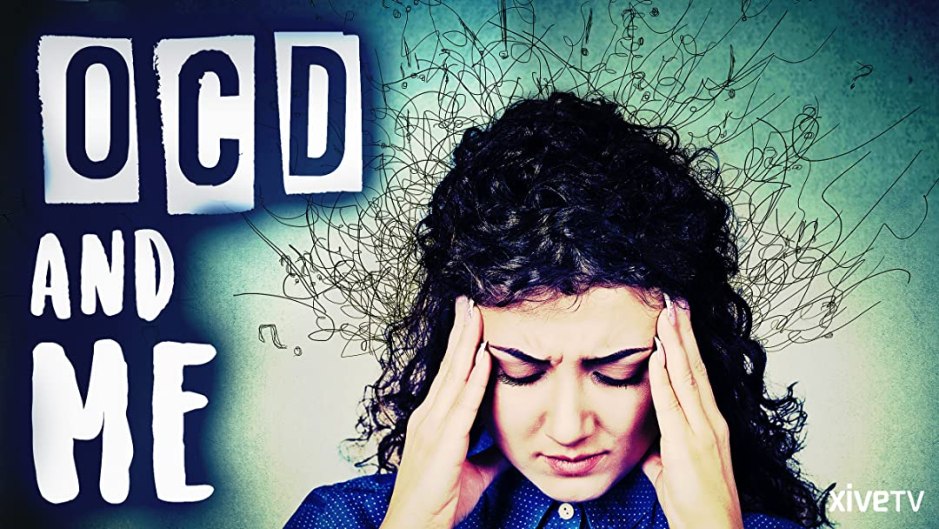 An illusion in which fake faeces are put on a rubber hand has been tested on people with obsessive compulsive disorder (OCD) (Jalal et al., 2020).

It may one day become a new treatment.

Therapies based on this illusion, designed to help people get more comfortable with germ exposure, could be less upsetting than existing therapies, says Baland Jalal at the University of Cambridge.

The original rubber hand illusion involves putting one hand out of sight and seeing a fake hand in its place. If someone else strokes both the fake and real hand, most people feel that the fake is their own.

Jalal and his colleagues tried a variant on people with hygiene-related OCD. They are usually treated with exposure therapy, but that would, for example, involve exposure on their actual hands. As a result, a quarter reject such therapy.

In the study, 29 people with OCD had fake faeces, made from foods and a fake odour, dabbed on the rubber hand, while their real, hidden hand was touched with a damp towel. While they knew the faeces were fake, they reported feeling disgusted and contaminated.

Jalal’s team plan to test the technique as a way of treating OCD. 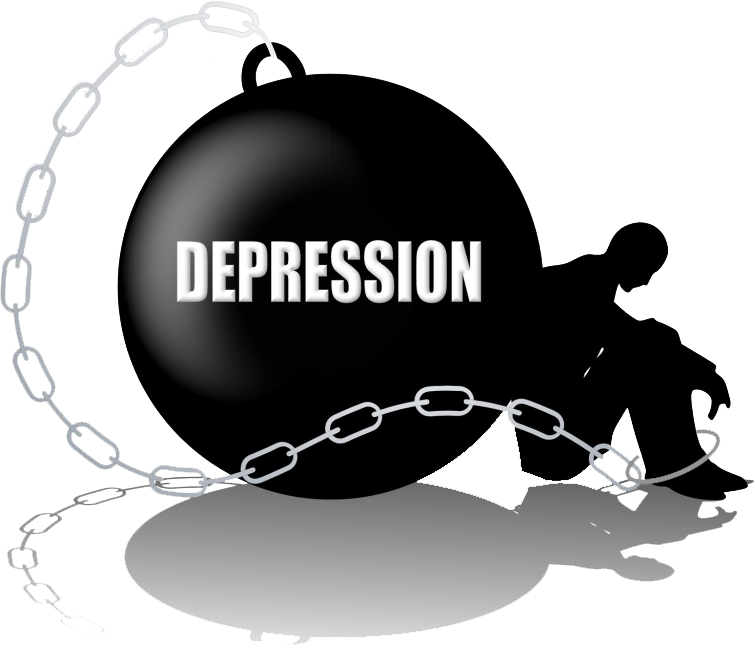 E-mental health applications (apps) are an increasingly important factor for the treatment of depression.

To assess the risks and benefits for patients, an in-depth ethical analysis is necessary.

The objective of this paper is to determine the ethical implications of app-based treatment for depression.

An evidence-based ethical analysis was conducted.

The material was meta-reviews and randomised control studies (RCTs) on app-based treatment.

Based on the empirical data, an ethical analysis was conducted using the 3-ACES-approach by Thornicroft and Tansella.

Apps may empower autonomy, offer an uninterrupted series of contacts over a period of time, show evidence-based benefits for patients with subclinical and mild-to-moderate-symptoms, are easily accessible, may be used for coordinating information and services within an episode of care, and are on the whole cost-effective.

Their risks are that they are not suitable for the whole range of severity of mental illnesses and patient characteristics, show severe deficits in the data privacy policy, and a big variability in quality standards.

The use of apps in depression treatment can be beneficial for patients as long as: 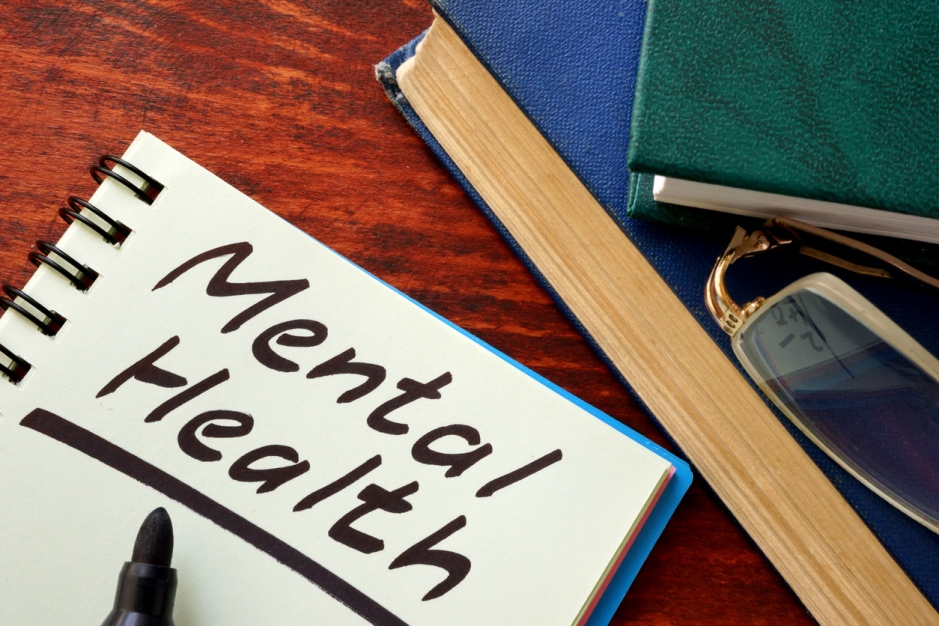 Impact of Onset of Psychiatric Disorders and Psychiatric Treatment on Mortality Among Patients with Cancer.

Psychiatric disorders are common in patients with cancer.

The impact of both psychiatric disorders and psychiatric treatment on mortality in patients with cancer needs to be established.

To examine the association between psychiatric treatment and mortality, 1,467 male and 1,364 female patients with cancer were included.

Patients with cancer with newly diagnosed psychiatric disorders had a higher mortality rate.

Among these, those who received psychiatric treatment showed lower rates of mortality.

Thus, early detection and early treatment of psychiatric disorders in patients with cancer is needed.

The current study supplements the body of evidence supporting the association of psychiatric disorders onset and treatment with cancer outcomes.

Patients with cancer showed an increased risk of both all-cause and cancer-related mortality upon psychiatric disorder onset.

Thus, raising awareness of both the risk of psychiatric disorders and the positive effects of psychiatric treatment on cancer outcomes is necessary among patients with cancer, caregivers, and oncologists.

Furthermore, it is necessary to adopt a multidisciplinary approach, encouraging patients with cancer to undergo a neuropsychological assessment of their mental health status and receive appropriate and timely psychological interventions. 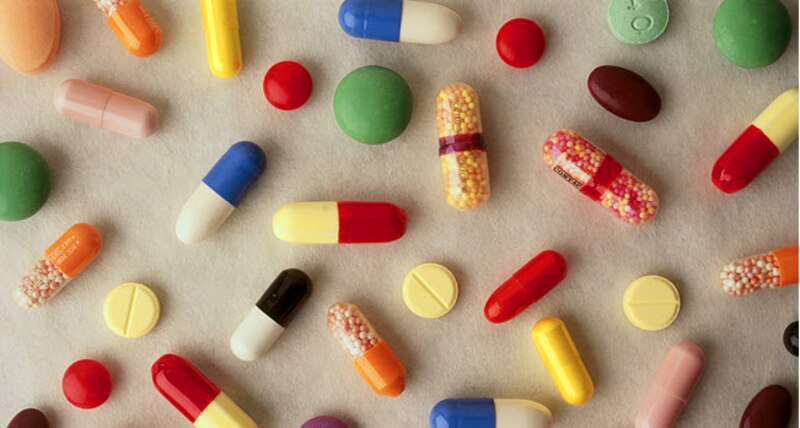 Discontinuation Rates of Antidepressant Use by Dutch Soldiers.

Soldiers have a higher risk for developing psychiatric disorders that require treatment; often with antidepressants.

However, antidepressants as well as the psychiatric disorder, may influence military readiness in several ways.

In the general population, early discontinuation of antidepressant treatment is often seen. It is yet unknown whether this occurs to a similar extent in soldiers.

The objective of this study was to evaluate discontinuation of antidepressant use by Dutch soldiers in the first 12 months after start and determinants thereof.

Data were obtained from the military pharmacy. All Dutch soldiers who started using an antidepressant between 2000 and 2014 were included.

More than half of the soldiers discontinued their prescribed antidepressant within 3 months and after 6 months, only 30% were still on antidepressants. 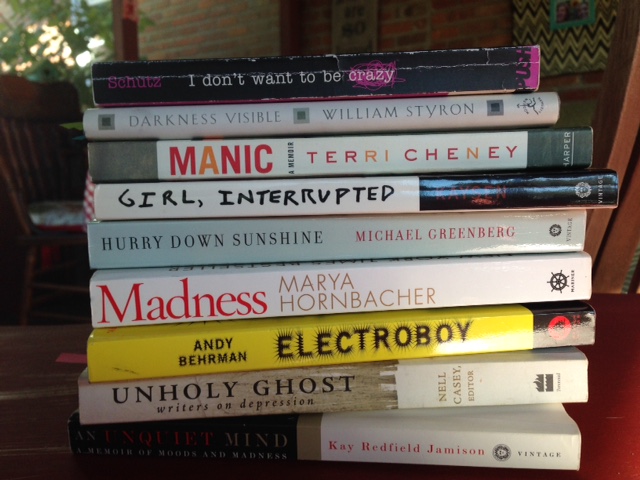 Original Title: A Beautiful Mind: a Biography of John Forbes Nash, Jr., Winner of the Nobel Prize in Economics, 1994.

A Beautiful Mind (1998) is a biography of Nobel Prize-winning economist and mathematician John Forbes Nash, Jr. by Sylvia Nasar, professor of journalism at Columbia University.

An unauthorised work, it won the National Book Critics Circle Award in 1998 and was nominated for the Pulitzer Prize in biography.

Starting with his childhood, the book covers Nash’s years at Princeton and MIT, his work for the RAND Corporation, his family and his struggle with schizophrenia.

Although Nasar notes that Nash did not consider himself a homosexual, she describes his arrest for indecent exposure and firing from RAND amid the suspicion that he was, then considered grounds for revoking one’s security clearance.

The book ends with Nash being awarded the Nobel Prize in Economics in 1994.

The book is a detailed description of many aspects of Nash’s life, including the nature of his mathematical genius, and a close examination of his personality and motivations.

From bestselling author Bev Aisbett comes a proven, practical and simple workbook to help people manage their depression, with a month’s worth of daily strategies and exercises for work and for home.

When you’re suffering from depression, sometimes it’s as much as you can do to get out of bed, let alone read a book. But this just isn’t any other book. This is a practical day-by-day workbook, with clear, simple daily building blocks and exercises designed to help pull you out of the inertia of depression. It’s a highly approachable, concise and above all practical way to help manage depression.

Featuring all-new material from experienced counsellor and bestselling author of the self-help classics Living with IT and Taming the Black Dog, Bev Aisbett has based this book on many of the exercises she has been teaching and writing about for the past twenty years to help people manage their depression.

A radically new way of thinking about mental health. What really causes depression and anxiety – and how can we really solve them? Award-winning journalist Johann Hari suffered from depression since he was a child and started taking anti-depressants when he was a teenager. He was told that his problems were caused by a chemical imbalance in his brain. As an adult, trained in the social sciences, he began to investigate whether this was true – and he learned that almost everything we have been told about depression and anxiety is wrong.

Across the world, Hari found social scientists who were uncovering evidence that depression and anxiety are largely caused by key problems with the way we live today. Hari’s journey took him from a mind-blowing series of experiments in Baltimore, to an Amish community in Indiana, to an uprising in Berlin. Once he had uncovered nine real causes of depression and anxiety, they led him to scientists who are discovering seven very different solutions – ones that work.